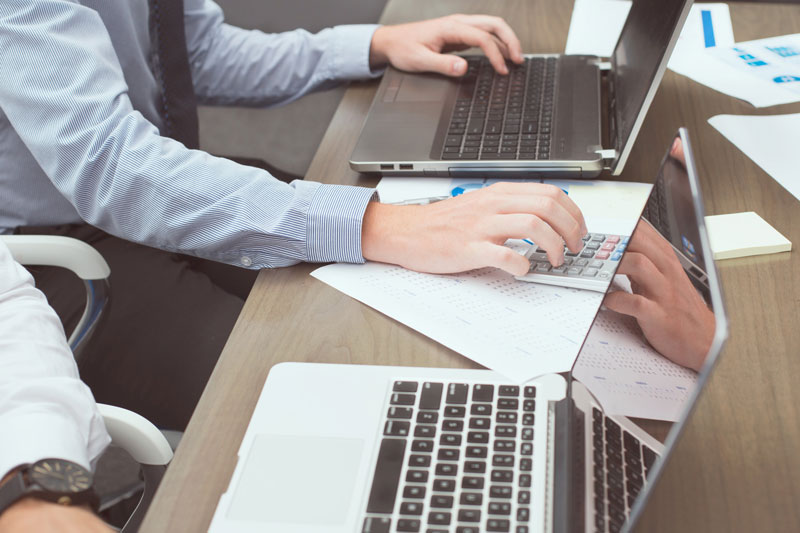 The information contained in this presentation is not intended to provide Federal tax advice within the meaning of IRS Circular 230, but is a presentation prepared and/or designed to provide educational content and an avenue for free exchange of ideas of interest to the members and guests attending this NACVA State Chapter Foundation event.  Information provided herein may be incomplete or fictitious and may not be used in a court of law or in any legal proceedings.  As a condition to the use of this presentation, the user hereby agrees to the above conditions.

Traditional Definition of a Professional Practice

An occupation in which services can only be rendered by a person or entity licensed or otherwise authorized to render the service.

Characteristics of a Professional Practice

Scope of the Presentation

This includes accountants/tax preparers, financial planners and engineers who may in some instances be uncredentialed and/or unlicensed.

Excludes real estate salespersons and physical therapists who may be credentialed and/or licensed.

Limitation on the presentation

A fair value or fair market value standard is assumed under which the price that a willing buyer would pay a willing seller must initially be determined.  Where intrinsic or a similar standard of value is utilized (e.g., marital dissolutions in Virginia), price on a hypothetical disposition becomes irrelevant and economic value takes its place.

In the absence of a directive in an agreement among co-owners, most states use a fair value standard in dissenting shareholder/partner disputes (if at all, discount only at the entity level for lack of liquidity based upon state law/caselaw).

Most states use a fair market value standard in family law (discount at the shareholder/partner level for lack of liquidity/lack of control), with New Jersey a major exception (fair value).

Agreements among co-owners.  Multiple owner professional practices are more likely to have a shareholder/partnership/LLC operating agreement than other businesses.  In some engagements, the valuation or methodology for valuation set forth in the document will control.  In other engagements, a court may consider the value determined by the agreement,  but is not bound to that number.  You may be asked to determine both the value under the agreement and the value as if no agreement existed.

Additions/subtractions when using market approach.  In a professional practice, the typical conveyance is hard assets (furniture, fixtures and equipment) subject to purchase money debt (unpaid portion of the liability to acquire these items).  Added to value, generally undiscounted, is cash and collectible accounts receivable/work in progress and subtracted from value are all other liabilities.

Cash basis financials.  For most professional practices, cash basis accounting is more meaningful to the owner(s) than accrual basis as professional practices tend to have little cash on hand, making both bill paying and distributions constantly dependent on incoming cash.  Accordingly, accrual basis financials are rarely available unless you are able to go to subsidiary records to determine  receivables, work in progress, payables and other accruals as well as their effect on the historic income statements.  This will make it easier to use cash flow rather than profit if you are using an income approach to valuation.

Receivables and work in progress.  Many professional practices, especially physicians and attorneys, have large receivables and little payables.  This will necessitate determining collectibility, particularly if your valuation is with an asset approach or a market approach.

Malpractice/grievance actions.  Pending or possible malpractice actions may necessitate adjustments under most methods of valuation.  Verify the presence of malpractice insurance above a “deductible.”  A history of malpractice claims and/or grievances does not bode well for the future including marketability of the practice.

Lack of control discount.  Professionals in group situations tend to transition from one practice to another during their careers more than those in other businesses.  Accordingly, it is more difficult for many professionals to not be in control of governance of the practice.  A larger discount than usual may be appropriate for determining fair market value of non-controlling interests especially where there is a history of disharmony.

Lack of liquidity discount.  Professionals can usually only sell a practice to those licensed in that profession.  Additionally, few within a profession but outside the particular group practice wish to buy into a group of diverse personalities.  This may require use of a larger than usual discount in determining the fair market value of fractional interests in professional practices.  However, in the case of certain professions, especially dental and accounting, there is an active marketplace with practice brokers, and a smaller than usual discount may be appropriate where a 100 percent interest is being valued.  The opposite may exist in the case of professions considered quite personal such a psychiatry/ psychology and obstetrics/gynecology.

Rapid decline in solo practice value during inactivity.  On death or disability of a sole practitioner, the practice value will drop dramatically by the week (especially if client/patient needs go unserviced).  A valuation done under such circumstances must take this loss of value into account.

Intangibles.  In a professional practice, the value of the intangibles is more likely to constitute most of the overall value than in the case of other businesses and goodwill is more likely to be personal (professional) than in other businesses.  In a minority of states, personal goodwill as well as institutional (enterprise) goodwill is marital/community in nature and no breakout is necessary.  However, in a slight majority of states, personal goodwill is nonmarital/ noncommunity and must be broken out from institutional goodwill.  This will necessitate knowing under state law/caselaw how the division of goodwill is to be accomplished.  At least one state, Mississippi per 2002 decision of its Supreme Court, appears to treat all goodwill as nonmarital property.

How Do You Breakout Personal and Institutional Goodwill?

MUM is an allocation model for distinguishing institutional goodwill from personal goodwill in an objective manner by quantifying and weighing otherwise subjective factors.  MUM may be useful where a state has adopted a middle ground approach or otherwise permits the discretion of the valuator.  MUM was first accepted by an appellate court in 2006 (Illinois).

What Makes Professional Practice More Valuable than the Comparables?

If You Use an Income Approach to Valuation

The past is more likely to be indicative of the future in an established professional practice (facilitating the capitalization of normalized prior earnings) which can be particularly important in states which view discounting future earnings as inappropriate because the method projects post-divorce earnings.

If You Use an Asset Approach to Valuation

A practice without goodwill (or institutional goodwill if that is all being considered) may still have a going concern value to be considered in the adjusted asset method for its institutions in place (personnel, lease, equipment, policies and patients/clients).  It is often valued based on the costs to replicate.

Medical practices were sold most easily until the late 1980s.  During the decade that followed, as indemnity plans gave way to managed care, hospitals, carriers and other consolidators constituted most of the purchasers. In the last decade, many consolidators divested themselves of their acquisitions from the 1990s and private activity returned spurred in part in some areas by physicians who are first and second generation Americans often with family money for acquisitions.

Today most medical practices, when they can be sold, transfer in the range of 40-55 percent of annual gross often translating to about 100 percent of owner’s discretionary earnings where a single owner.  While general family and internal medicine practices used to sell at higher multiples of gross than specialty practices due to the recurrence of patients, this no longer appears to be the case.

Marketability remains an issue today, particularly in specialty practices where transition of referral sources is paramount.  Sole practices involving the most personal of services (e.g., OB-GYN, psychiatry) are often shut down without sale.

Multiowner practices often transition in stages with a purchaser paying only as little as cash basis book value for shares or units with the remaining “price” (for the net accounts  receivable and goodwill) coming in the form of a compensation adjustment after determining tentative “draws” based on productivity.

Today, pain management practices are a growth area of the market and may change hands at seemingly unlikely multiples.  And once again in parts of the country hospitals are acquiring practices or guaranteeing minimum compensation levels to physicians.

Few law practices convey outside of terms of a prior or contemporaneous agreement among co-owners or with a rising associate.  While the ethical prohibitions to such a sale have been eroded in recent years, there is little outside market as goodwill is considered personal in almost all situations.  Exceptions include firms which derive most of their clients from mass media advertising (generally personal injury practices) and large institutional firms (however, their value is almost always determined by an existing agreement commonly honored by the courts).

In smaller firms, agreements among principals typically make no allowance for goodwill and give the outgoing principal a return of his or her “investment” in the practice including the portion tied up in receivables and work in progress.

In larger firms, an additional payout is often made taking the form of nonqualified deferred compensation which, if vested, is often best stated as a separate asset and may need to be discounted if paid out over time and/or bears risks of uncollectibility.

For most law firms, value in the absence of a controlling agreement is best determined using the adjusted net asset (economic book value) method starting with the cash basis book value and making the following adjustments:

Dental practices have an active market with multiple practice brokers in most metropolitan areas.  With a number of practitioners delaying retirement due to financial setbacks in their outside investments, buyers are often left waiting on the sideline. In most of the country, general dental practices continue to sell in the range of 55-75 percent of annual gross, often constituting about 100 percent or slightly more of owner’s discretionary income in a single professional practice.  Higher multiples are common in desirable locations in the West.

Consolidation in the 1990s brought increased multiples at the upper end and often smaller multiples at the lower end as strategic purchasers paid premiums to enter a market and then “lowballed” smaller firms they sought to acquire.  More so than other professional practices, accounting firm transactions often involve “earnouts” where the seller is given a percentage of collections on continuing clients (e.g., 18 percent of gross for five years).  Because many of these transactions do not account for time value and/or normal attrition occurs, the effective price may be less than the apparent price.

Financial Planning. For firms doing asset management on a percentage basis, the historic “rule of thumb” has been 1 percent of assets under management or, stated alternatively, 75 to 100 percent of annual gross.

Architects. Like engineering firms, most comparables are in the range of 1.75 to 3 times discretionary earnings, converting to a number on either side of 55 percent of gross.

Veterinarians. For at least a couple decades, vet practices have sold for higher multiples of  gross income and seller’s discretionary income than medical practices though buyers (as in the case of most nonprofessional businesses) shop based on multiples of EBITDA or the like.  With practice brokers to facilitate, most practices sell in the range of 70 to 100 percent of gross, down from a period of consolidation a decade ago.

Psychologists. Like psychiatry practices, they are difficult to sell, especially to a buyer outside the practice.  If they sell, a transaction may only be in the range of 35-40 percent of annual gross.