In Gericke v. Truist, 129 AFTR2d 2022-2099, the Third Circuit Court of Appeals agreed with a New Jersey Federal District Court that Truist properly issued a 1099-C to the plaintiff inasmuch as Regulations require issuance of the form on an identifiable event including a creditor’s decision to discontinue collection activity; the Court stated that the 1099-C is not a means of accomplishing an actual discharge of debt so that collection activity could resume (forcing the individual to deal with whether the reporting of income is required).

In Morgan v. Commissioner, TC Summary Opinion 2022-10, the Tax Court determined that an individual who met the 330 in 365 days abroad test had his tax home in Saudi Arabia where he worked under a US Government contract, concluding that he had significant community involvement and stronger ties to Saudi Arabia than he did to the United States notwithstanding that he retained an unrented home in the United States that was used by his daughter.

In Musselwhite v. Commissioner, TC Memo 2022-57, the Tax Court, looking at eight factors found six of them in favor of IRS, determined that a loss on sale of four lots by a personal injury lawyer was capital in nature rather than ordinary; the taxpayer did not help himself by using the term “investments” in the entity name and in the purpose of the entity.

In Izen v. Commissioner, 129 AFTR2d 2022-________, the Fifth Circuit Court of Appeals agreed with the Tax Court that an individual who donated a 50 percent interest in an airplane could not claim a charitable deduction as he did not provide a qualified appraisal; a letter submitted by the charity was addressed to his co-owner and the donation agreement and Form 8283 lacked his identification number, the Court rejecting the taxpayer’s argument that he substantially complied with the requirements.

In Romana v. Commissioner, TC Summary Opinion 2022-9, the Tax Court allowed a nurse to deduct pre-2018 purchases of shirts and pants along with the dry cleaning costs as the clothes resembled scrubs not adaptable to general use outside of employment.

In Kellett v. Commissioner, TC Memo 2022-62, the Tax Court found that a business information website activity became a business with deductible rather than amortizable expenses when the website’s functionality was completed which was four years prior to profitability.

In Spencer v. Commissioner, TC Summary Opinion 2022-8, the Tax Court found testimony by an individual who provided transportation services to medical patients to be credible but still disallowed expenses beyond those accepted by the IRS because of vagueness on items not requiring specific substantiation and because of failure to meet the required meticulous substantiation of travel expenses.

In Chief Counsel Advice 202224011, IRS ruled that a termination fee paid by the potential acquirer after a failed merger is a capital loss rather than an ordinary business expense as the acquired property would have been a capital asset in the acquirer’s hands upon successful completion of the transaction.

In Collins v. United States, 129 AFTR2d 2022-3025, the Third Circuit Court of Appeals agreed with a Pennsylvania Federal District Court that a professor with bank accounts in Canada, France and Switzerland willfully failed to file FBAR returns, rejecting various defenses that his voluntary filing of amended returns and prompt payment meant the lack of willfulness; he also argued unsuccessfully that Swiss banking laws prohibited his filing of the FBAR.

In Bittner v. United States, the US Supreme Court agreed to review a decision of the Fifth Circuit Court of Appeals at 128 AFTR2d 2021-6760, in which the Court held that the penalty for a nonwillful FBAR violation is on an account by account basis each year rather than on a per person basis, causing a penalty over five years of $2.72 million rather than $50,000.

In In Re:  Stephenson, 129 AFTR2d 2022-________, a Tennessee Bankruptcy Court determined that a federal tax lien was invalid against a debtor’s personal property when the notice of lien was filed in the jurisdiction of the taxpayer’s mailing address but not in the jurisdiction where the property was located; the address on the return was the taxpayer’s mailing address at her mother’s residence as she moved quite frequently.

In Pocock v. Commissioner, TC Memo 2022-55, the Tax Court found that the wife of a school teacher qualified for equitable innocent spouse relief when she was the victim of physical and verbal abuse and did not knowingly participate in the filing of multiple joint returns where withholding was grossly overstated to generate huge refunds.

In Chavis v. Commissioner, 158 TC No. 8, the Tax Court confirmed that innocent spouse status is unavailable against trust fund recovery penalties inasmuch as they are not reported on a joint federal income tax return.

In Serna v. Commissioner, TC Memo 2022-66, the Tax Court concluded that IRS did not abuse its discretion in rejecting a $10,000 Offer in Compromise based on “Effective Tax Administration” against liability of $65,000 plus additions where he had equity in a home of more than $150,000 in which his estranged wife and disabled child lived; the Court noted that IRS could have approved the Offer but the rejection was in the discretion of IRS.

In McAuliffe v. United States, 129 AFTR2d 2022-687, a West Virginia Bankruptcy Court awarded damages to a debtor because IRS continued with multiple attempts to collect tax debts that had been discharged in bankruptcy, rejecting an excuse by IRS of COVID-related issues. 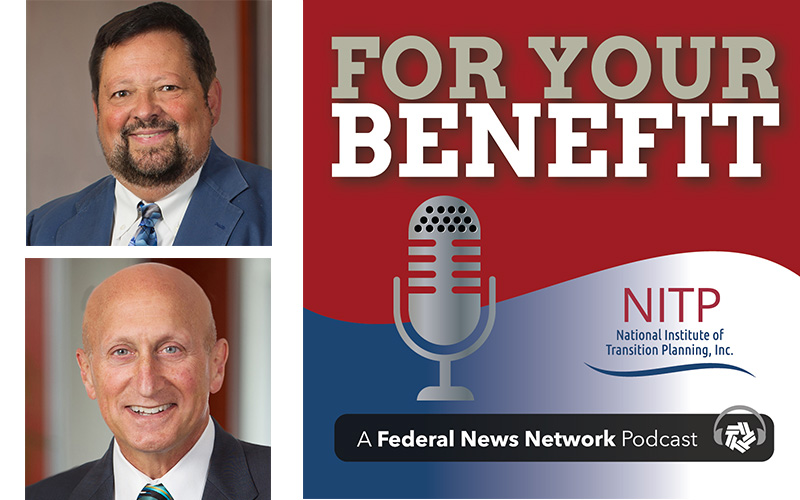 Stein Sperling’s David De Jong and Steve Widdes appeared on the podcast ForYourBenefit on the Federal News Network with host Bob Leins. Topics include: Tax effect and timing of the transition Pre- and post-nuptial agreements… 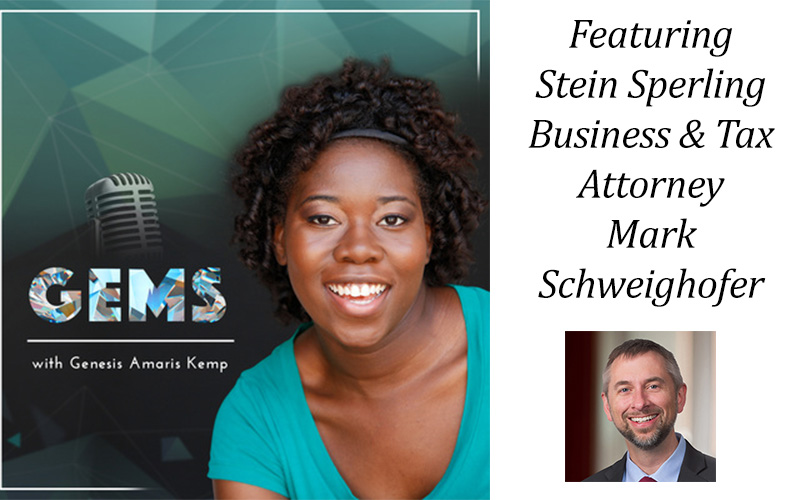